The basic layout of our application is displayed on the following image application: 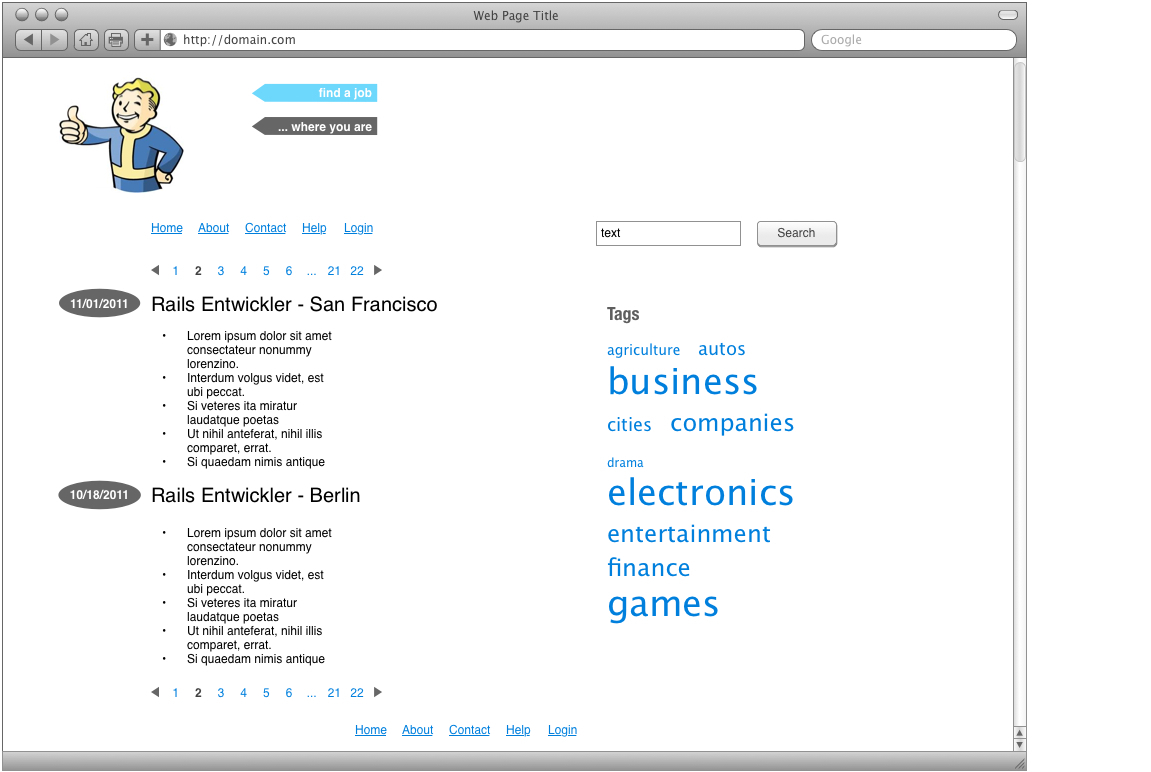 It is possible that you know this section from several tutorials, which makes you even more comfortable with your first program.

Now, get your hands dirty and start coding.

First of all we need to install the padrino gem. We are using the last stable version of Padrino (during the release of this book it is version 0.12.5). Execute this command.

This will install all necessary dependencies and gets you ready to start. Now we will generate a fresh new Padrino project:

Let's go through each part of this command:

padrino-gen. You can also use padrino g or padrino-gen for the generate command, which will be used in the rest of this book ↩

The last line in the console output tells you the next steps you have to perform. Before we start coding our app, we need some sort of package management for Ruby gems.

Ruby has a nice package manager called bundler which installs all necessary gems in the versions you would like to have for your project. Other developers know now how to work with your project even after years. The Gemfile declares the gems that you want to install. Bundler takes the content of the Gemfile and will install every package declared in this file.

To install bundler 1.10.6, execute the following command and check the console output:

Now we have everything we need to run the bundle command and install our dependencies:

Let's open the file app/app.rb (think of it as the root controller of your app) and insert the following code before the last end:

Now run the app with:

Instead of writing start, we can also use the s alias. Now, fire up your browser with the URL http://localhost:3000 and see the Hello World Greeting being printed.

Navigating through the various parts of a project is essential. Thus we will go through the basic file structure of the hello-padrino project. The app consists of the following parts:

We will go through each part.